This introductory session will explain to participants the concept of encryption, as well as a brief overview of the different types of encryption available to users.

This session was developed for, and should be attributed to, the Institute for War & Peace Reporting resource “Cyberwomen: Holistic Digital Security Training Curriculum for Women Human Rights Defenders” under a Creative Commons Attribution-Share Alike 4.0 International CC BY-SA 4.0 License

This infographic may provide a helpful visual aid for participants during this session (in English): https://emailselfdefense.fsf.org/en/infographic.html

Part 1 – Have You Used Encryption Before?

Step 1 | Explain that this is an introductory session for encryption as a concept, so you will not yet be going into great depth on any of the encryption tools that participants have likely heard about before (GPG/PGP in particular).

Step 2 | Split participants up into pairs, and then start the session by demonstrating a few examples of encryption techniques. Here are a few examples that you can prepare ahead of time to share with the group:

Each of the letters in the word “Blueprints” is assigned a number:

This is a specific example using a specific word, but can be broadly applied to any number and letter sequence - for instance, if you use the same system as above, the sequence of numbers 8 2 5 7 9 would spell T U R N S when “decrypted”. You could also switch the order of the numbers, so that instead of the above sequence, it now goes:

Use an image of an older-style phone keypad (see below) to demonstrate another kind of “encryption” that participants may be familiar with: 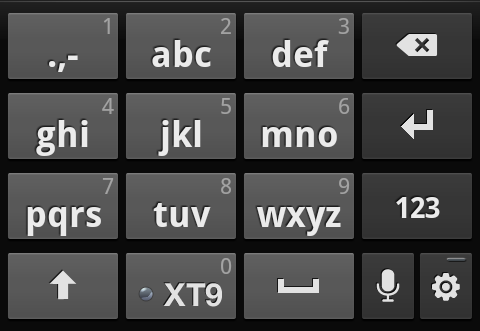 Step 3 | Once you’ve completed the above examples, ask participants if they have ever used other kinds of encryption – either like the above, or any other examples they can think of (e.g. a common instance of encryption used by many people every day is HTTPS).

Step 4 | Close this part of the session by following-up with another question: What are the common elements they can identify from these different examples of encryption?

Step 5 | Keep in mind that some email services such as Gmail have to be configured to allow the use of Thunderbird as a third party application.

Step 6 | Building on the common elements of encryption identified by participants in Part 1, you should now expand on some further basics and practices for the group: